I attended the IF Campaign Parliamentary Reception last night. Enough Food for Everyone IF is a coalition of more than 150 organisations which have joined together to campaign for action by the G8 on the issue of global hunger. The last time these groups worked together at this scale was for Make Poverty History. Now that the G8 group of world leaders are returning to the UK, they are demanding the G8 take action on hunger. 2013 won’t be the end of hunger, but it could be the beginning of the end.Take a look at www.enoughfoodif.org 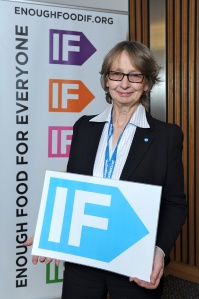